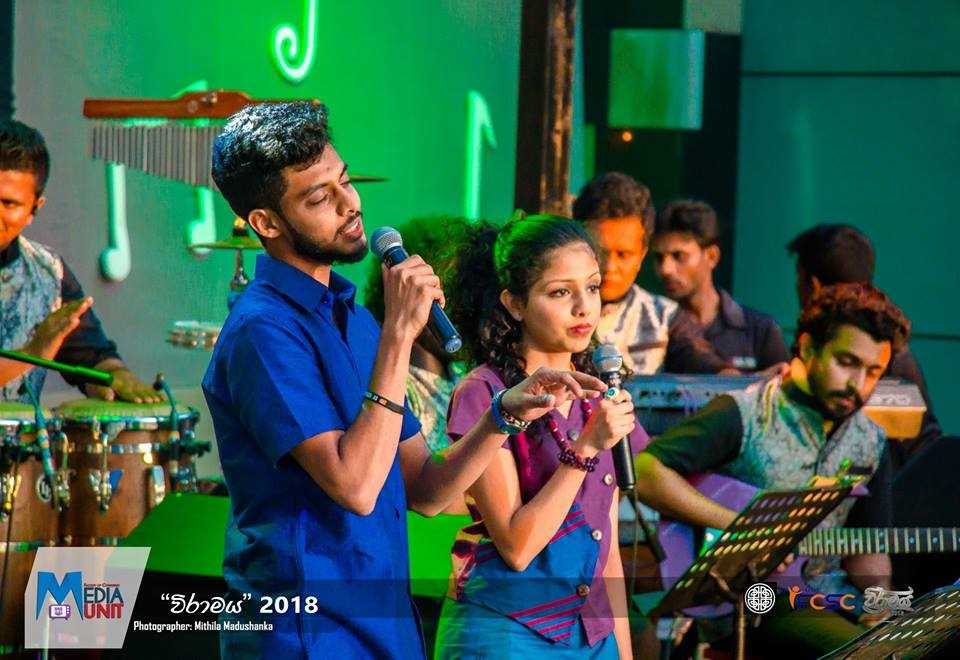 This year “Viramaya 2018” was held for the fourth time and it was a breath-taking exhibition of creative talents among SLIIT’s current and alumni student community. The focus on display was on oriental and classical performing arts with dancing, drama and singing taking pride of place. It was a stunning showcase of what the gifted SLIIT students were capable of.

The performance of the participants were outstanding and professional. The audience of fellow students that packed the auditorium reciprocated with appreciative applause that reverberated ecstatically, reiterating that the audience was amply entertained by the gifted performers.

The performing students received guidance to develop and raise the standard of their performance to greater heights by Pavan Gamage, last year’s President of FCSC. ‘Viramaya 2018’ benefitted from the support of generous sponsors, especially the Main Sponsor, Sri Lanka Telecom and SLIIT Photography Partner – the Media Unit., Faculty of Computing,

Akila Wijesundara, President, Faculty of Computing Student Community (FCSC) commented “Organizing and staging ‘Viramaya 2018’ has resulted in far reaching benefits that go well beyond an entertaining evening for the performers and the audience. The feedback we have received clearly proves that the show itself was of high quality and much appreciated. We would also like to extend our sincere appreciation to Pasan Akalanka Pathirana whose brainchild ‘Viramaya’ has made a great difference to the student community at SLIIT bringing lifelong benefits to a large number of students who are closely involved in making the show come to life. The extensive support we have received from the SLIIT Management has helped to embellish the show and define what makes SLIIT an outstanding experience in the life of its students.”